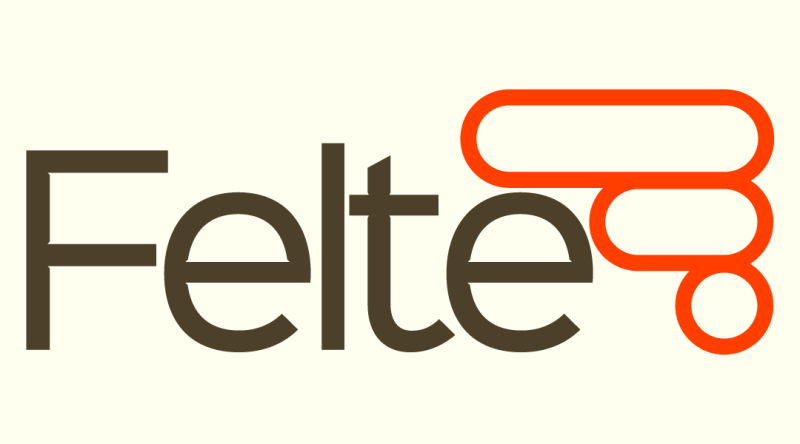 After more than a year of work, I am proud to announce the release of version 1.0.0 of Felte!

Felte is an extensible form management library for Svelte, Solid and (as of today) React. The main characteristic of it is that it does not require any sort of Field or Form components to work. In its most basic form it only requires you to provide it your HTML form element so it can subscribe to your user’s interaction with your form.

I originally started working on Felte wanting a form library for Svelte that would not make it complex to style my input components. As I worked more on it, it began growing into a much more flexible package that allowed you to validate your form using your preferred validation library and display your validation messages as you preferred. After the release of version 1.0.0 of SolidJS, I released a version for it as well that shares most of its internals with the original Felte package. And now, more than a year after the first commit, version 1.0.0 has been released alongside a new version for React! This includes many improvements in the core API, new features and a more consistent API between all three versions.

All three versions of Felte have a very similar API, and a similar concept: you call a function to set up your form. Then you give Felte a reference to your HTML form element. The variations in its API come mostly from how each framework handles reactivity. For example, with Svelte, Felte returns stores that contain your data which you can access by prefixing the stores with $. With Solid and React it returns functions that will let you subscribe to all of your form’s data or specific values of it.

On its most basic form, you only need to use form, a property returned from Felte that will let it subscribe to all interactions that happen in your form.

Here’s a basic example of how each version looks like:

The package for Svelte is available on npm as felte.

The package for Solid is available on npm as @felte/solid.

The package for React is available on npm as @felte/react.

Version 1 comes with a lot of improvements and features:

I’ve gone back to update my original introductory posts about Felte, as well as added a new one about React to the series. You can check them out here:

I’ve put a lot of work on this project, and I’m really grateful to the contributors that helped Felte grow as much as it did! I hope that this release can be useful to all of you!